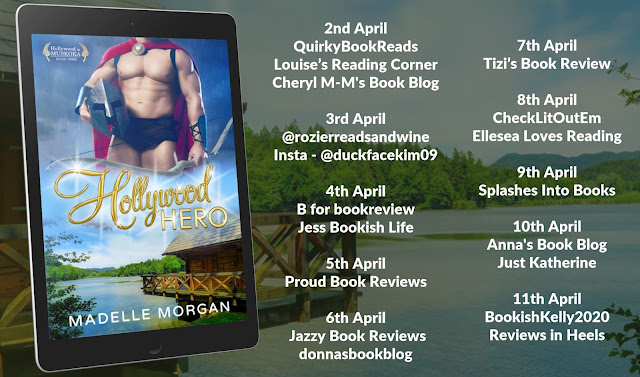 Unrequited love is hell on earth
Personal assistant Wendy Davila is in love with her boss, Halden Armstrong, megastar of the Apollo superhero film franchise. But she can’t compete with the succession of stick-thin blond beauties he’s caught and released. Or can she? When Halden asks Wendy to accompany him on a fishing trip to Muskoka, it’s her chance to remake her dark-haired, curvy Latina self into his ideal woman and cast her hook for Halden.

Can he trust her?
Halden has been burned by love. The last thing he wants is a woman like his ex who faked it until she landed him. Wendy is special, and the private trip is an opportunity to explore his feelings for her. However, the Greek god has an Achilles’ heel. Can he trust Wendy with a secret that could ruin his career? And will she still care for him when she learns the truth?

When Apollo falls off his pedestal, Wendy must decide if the man she adores is a keeper.

Muskoka seems to be the place to be to fall in love - or to give in to it!

Hyper-efficient personal assistant Wendy hopes that two weeks with her boss will let their professional relationship blossom into a more personal one. Hilariously, she completely misreads the situation! Not with respect to her boss, because he's totally into her, but the lodge is less 'five-star resort' and more 'rundown rural fishing lodge'. I loved the juxtaposition between Wendy's competence in her professional career and her obliviousness in her personal life (though surely such a devoted PA would know when a relationship is purely for the publicity, right?).

For his part, Halden wants to make a move on Wendy but professionalism and the ongoing fallout from a poor past relationship decision gives him pause. I enjoyed his narration and fully understood where he was coming from most of the time, though I felt he was rather too judgey of his brother's ex, Tiffany.

I liked that the change of scene gave Wendy and Halden a chance to get to know each other on another level, even before their relationship levelled up. It is clear Wendy's encouragement is what pushes Halden to be a better person, and her experience among the Hollywood elite teaches her to be proud of who she is and where she comes from. I think I would've loved to meet some of the family she talks about as they seem like an awesome bunch.

When Halden makes a terrible decision and tumbles off his pedestal, Wendy must decide whether to forgive and accept him as a work in progress. For a workplace-to-lovers celebrity romance with a few more mosquito bites than usual and an emotional punch, pick up Hollywood Hero.

Disclaimer: I received a copy of this book from the publisher via Rachel's Random Resources; all opinions are my own 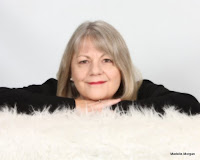 Growing up, Madelle enjoyed nineteen summers at her grandparents’ cottage on Georgian Bay in the beautiful District of Muskoka, Ontario, Canada, named by National Geographic Traveler magazine as one of their top 20 Best of the World Must-see Places.

Muskoka is Canada’s summer playground for many wealthy families and Hollywood celebrities. The Hollywood in Muskoka series updates the upstairs/downstairs trope: successful people in the film industry on vacation fall for service providers.

Madelle lives in Ottawa, Canada’s capital, with her husband and their labradoodle Raven. She dreams of owning a waterfront cottage. Or at least a pool.

Giveaway to Win an eBook boxset of Hollywood in Musoka Books 1-3 (Open INT)
*Terms and Conditions –Worldwide entries welcome.  Please enter using the Rafflecopter box below.  The winner will be selected at random via Rafflecopter from all valid entries and will be notified by Twitter and/or email. If no response is received within 7 days then Rachel’s Random Resources reserves the right to select an alternative winner. Open to all entrants aged 18 or over.  Any personal data given as part of the competition entry is used for this purpose only and will not be shared with third parties, with the exception of the winners’ information. This will passed to the giveaway organiser and used only for fulfilment of the prize, after which time Rachel’s Random Resources will delete the data.  I am not responsible for despatch or delivery of the prize.